Columbia would once again like to congratulate all of our dealers on a fantastic 2017! The solid partnerships that Columbia has built with their distribution partners made 2017 Columbia's best year ever! However, there were a few dealers that shined a little brighter than the rest.
These dealers each exhibited excellent sales strategies, exceptional customer service, and a combined commitment to the Columbia brand. These dealers were recognized for their achievements at Columbia's partner conference held on November 14 and 15, 2017. Columbia presented four different levels of awards to dealers, including the Platinum, Gold, Silver, and Rookie of the Year Awards to their partners as follows:

Southwest Toyota Lift has dominated their sales territory. They search out leads, provide unmatched customer service to end users, and embody Columbia's mission to provide inspired solutions that move our customers at every turn. "Southwest has a dedicated Columbia specialist, which has contributed greatly to their success in the field. They have a large market share in their territory and continue to support Columbia as a great partner," stated John Groff. 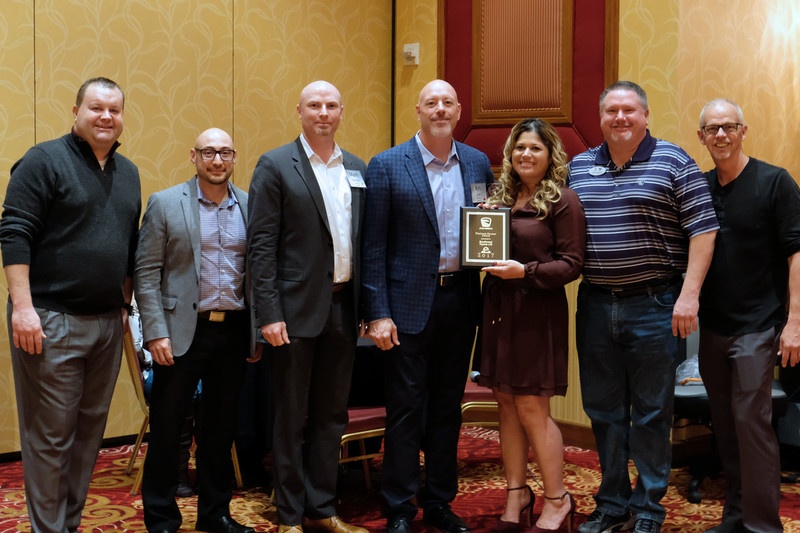 "Weise is a family-owned company that has been with us for over 15 years. They were our first million dollar dealer. A big part of their success is recognizing the need for a Columbia specialist. By having someone focus soley on Columbia, they saw their business with us in the central division double," said Travis Meiries. 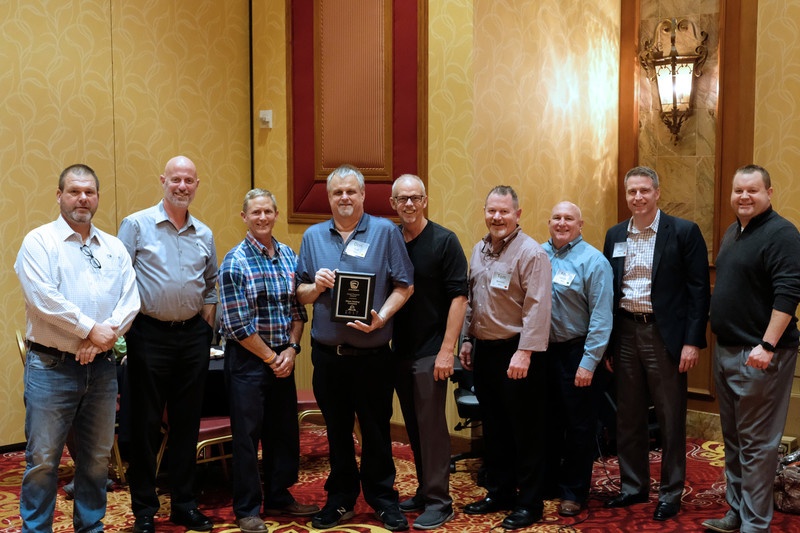 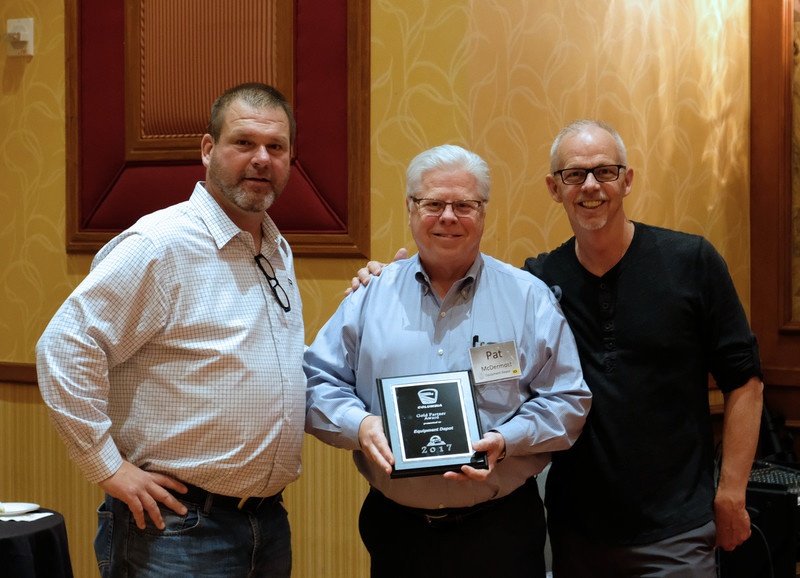 Electric Movement has continued to exhibit a 'go-getter' attitude. They have been able to earn the trust of several large companies in the Silicon Valley while maintaining great customer service and support for all customers. "We believe in building good relationships and Electric Movement has done that in spades!" said John Groff.

(Pictured from left to right: John Groff, Columbia Territory Sales Manager; Dan Reuter, Electric Movement Owner ; Scott Breckley, Columbia President.)
"Hawaiian Lift is a family-owned, service first company. Rick and his team in Hawaii have a great reputation, are quick at responding to customers, and are second to none in service. In this business, service is what keeps customers and builds long lasting relationships. This is why Hawaiian Lift is so successful on the island," stated Travis Meiries. 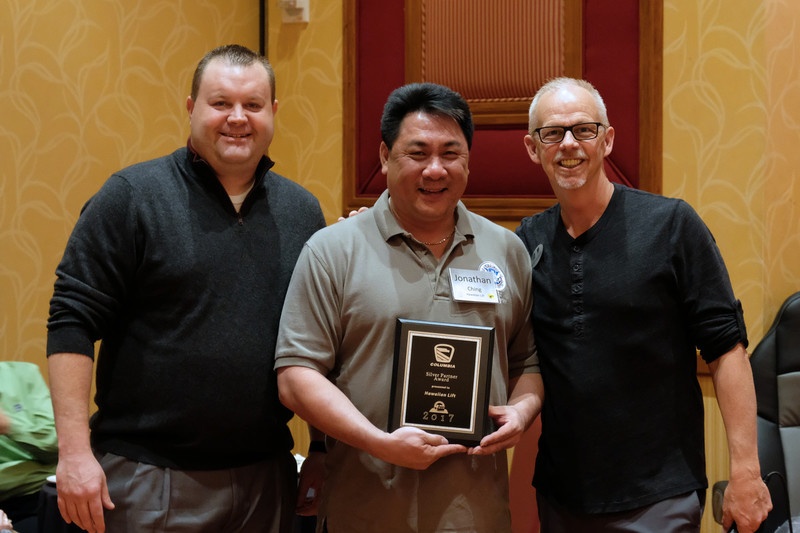 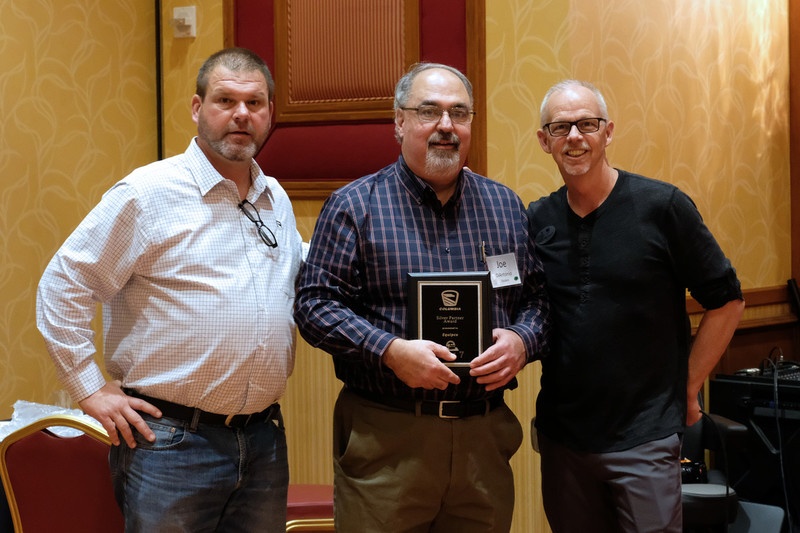 "American Golf Cars believes in the same customer first values as Columbia. They have a proven that the best way to grow their business and sell more Columbia is by going 'all in' with demo vehicles, rental vehicles, and by hiring a specialist. They have already made great relationships with end users, learned how to prospect quality leads, and have provided endless support to their customers," stated Scott Kallner. 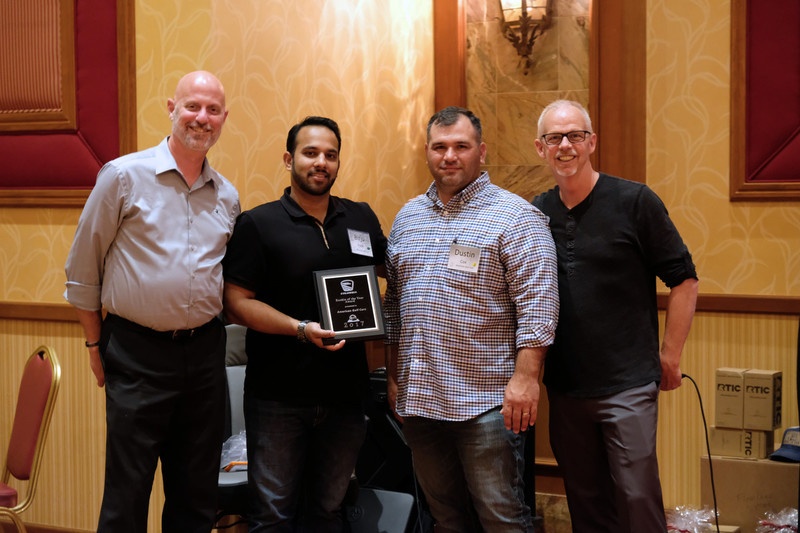 On Monday, June 3rd, 2019 Columbia participated in the W.R. and Floy A. Sauey Foundation’s 19th Annual Golf Outing. Each year the foundation invites vendors and ...